The Bichon Frise is a companion dog with a lifespan of 12 to 15 years.

They have a compact body with a bay like face and fluffy white hair. This breed looks similar to a poodle and is agreeable by disposition.

The Bichons are said to have descended from several other small breeds from the African coast near Madagascar.

They are less than a foot by size but are hardy and have been classified as a Non-Sporting dog by the American Kennel Club.

The Bichons are considered to be Spanish and have been used as sailing dogs.

The French developed them as lapdogs and are said to have descended from the poodle type dogs.

The puppies were used as a system of barter by the Italians owing to their merry disposition.

Here are a few Bichon Frise Puppies facts which will help you decide why you must bring them home: 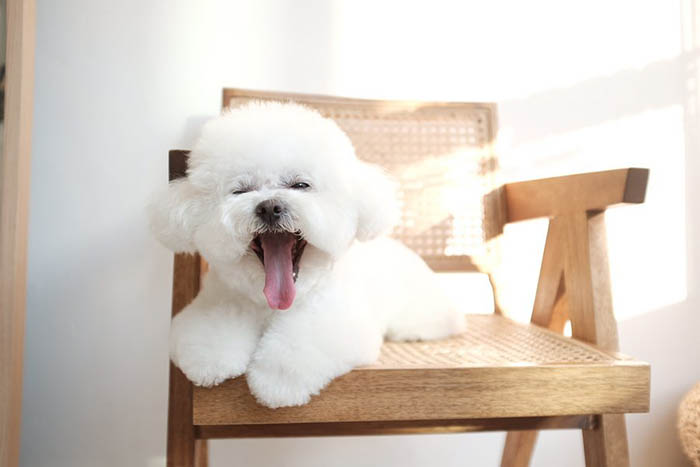 Make way for the Aristocrats!

At the beginning of the 18th Century, the Bichon was the favored breed of French Aristocrats.

They were also used as barter by the Spanish to facilitate the exchange of goods, which is the reason why we can find them all around the world.

The Bichon Frise has a cheerful demeanor. It thrives at the center of attention and is independent by nature.

However, they are highly prone to separation anxiety when left alone for long periods.

This leads to the development of destructive behavior expressed through the form of chewing, biting, and tearing anything within its proximity.

It must be taught to imbibe proper canine manners by subjecting it to obedience training for puppies.

They are quick at learning new words and commands and are easy to teach.

Just like any other dog, their temperament is affected by several factors that can range from heredity and training to socializing and age.

Thus, as a puppy, it must be enrolled for puppy training classes to help them socialize and interact.

Regular walks to a park, stores, and stroll also help them build bonds with the society. 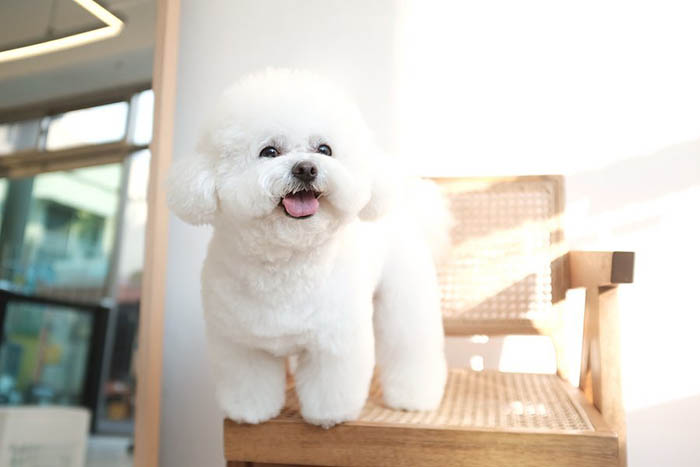 This breed is double–coated and is white. The undercoat is soft and dense, while the outer coat creates a substantial texture.

It has a signature pouf(y) look, which can be achieved by giving a trim along the lines of its body.

They shed just like all the other breeds and are a high maintenance breed requiring a considerable amount of grooming, bathing, and brushing.

They are great with kids and other dogs

The Bichon Frise is generally considered to be a family dog and is a great companion for children.

The noise and commotion emanating from children is something the breed can adjust to.

However, children must also be taught to approach, handle, and care for the breed to prevent any untoward incidents.

A child must not be left unsupervised with a dog, no matter the breed.

The Bichon is comfortable in the company of other dogs and can get along with hem on receiving proper introduction and training.

They require a lot of pampering:

The fact that these dogs once belonged to the royalty does not change their need to be groomed regularly.

Occasional brushing and bathing will ensure that their fur does not get matted or tangled.

Suitable for the apartment living

The Bichon is a highly adaptable dog breed, which makes it perfect as a companion even in apartments.

They just require regular walks and exercise. If you have an average-sized house, but you desperately need a wagging tail, then this is the breed for you.

A muse for many!

Artists such as Francisco de Goya and Titian have regularly portrayed the Bichon Frise in their paintings.

This does not come as a surprise because they have a silky white mane that flows down, giving them a royal look! 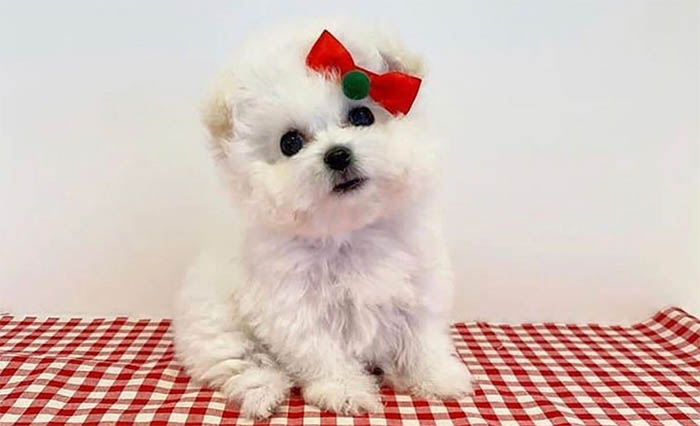 They are suitable for people who are allergic to dog hair. Thus, if you have an allergy, you may have little or no symptoms.

It has a thick double coat and does not shed as much but still requires regular grooming to prevent matting and tangling of the fur.

Thus, the Bichon Frise has a very long history and widespread distribution across the world, courtesy the barter system of the Spanish.

They are adaptable to most of the climatic conditions around the world.

These little dogs have proved their mettle as a lapdog that can shower all its love on you while taking away stress and anxiety.

If you have an average-sized house and you have been longing for a pet, the Bichon Frise is the perfect dog for you.